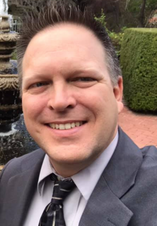 Ever since standing in line as a child to see Star Wars, Tom has loved films.  During the indie film boom of the 1990's, he realized that making a film was actually possible.  However, instead of applying to film school, he made the more practical decision to  continue studying Finance/Accounting at California State University, San Bernardino.  While that education has served him and his family well, leading to his becoming a CPA and, eventually, a Finance Director and Deputy City Manager, he never lost his desire to produce a film.
In 2016 he created his production company, Outside Holliewood Productions, LLC, and began getting on-set experience with shorts and features like Dark Specter 2 and Talk to the Hands.
Since August 2019, he has produced (and recorded sound for) a number of films including Bitten by Love and Modern Family 2020, both award-winning 48-Hour Film Project films.
A no-budget horror-comedy Lichlord Dan and the Fall of Man was halted due to COVID-19.  However, during the pandemic he produced (and recorded sound for) the social justice thriller "Trauma."
He is currently prepping a short film for his own directorial debut, slated for June 2021, after which he will be turning his sights to a feature film adaptation of a novel that he's had his eye for 30 years.
Thomas works full-time for the city in which he lives with his wife of 31 years.  Their three children are all grown now, affording him the time needed to make his film dreams a reality.
In addition to serving as deputy city manager of the city of San Jacinto, Tom is owner/producer of Outside Holliewood Productions, LLC.
SOURCE:  Linkedin
Contact Tom
Facebook page
IMDB: Yes
PROJECTS:
Dark Spectre 2 (2018) short -- 2nd Asst Camera
Talk to the Hands -- Grip