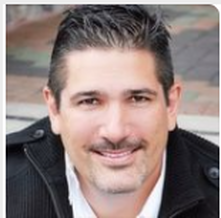 All his life Thomas Haley has been a natural showman.  He grew up  putting on silly skits to make others laugh.  As an adult, his career in the environmental industry provided his first "break."  In 2007 the TLC television network tested Thomas's company as part of the reality show Revolutionaries. Thomas's role as the Environmental Inspector gave him his first taste of real "show biz."  This led to his enrolling in acting classes and intensive seminars, and later to involvement in theater, short films, commercials, and small parts in feature films.
In 2010, Thomas started H2 Crew Productions and made his first film Horsepower. Thomas has been an active IE filmmaker ever since.
SOURCES: IMDB (Amy DeSantiago), H2Crew Productions via YouTube