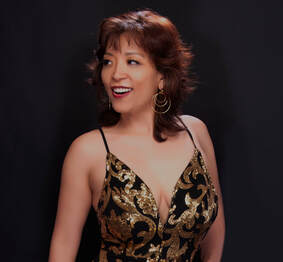 Dr. Petra Deeter Phd, MBA, is a serial entrepreneur, sought-after public speaker, actress, and award-winning film & TV producer and director.  She is, in fact, recognized as one of the IE's most active and prolific filmmakers.  Petra has produced, written, directed, and starred in many productions covering a multitude of genres including comedy, drama, action, horror, and documentary.
Petra has shown a commitment to the Inland Empire film community, having held film screenings for local filmmakers, run cold reading workshops, and produced the Hollywood Silver Screen Festival in Los Angeles, which made use of the talents of many from the IE.
A survivor of child abuse and domestic violence, she is passionate about advocating for and empowering victims.  She founded Victim to Hero (https://www.facebook.com/victimtohero), whose mission is to raise awareness of "parental alienation," a particularly pernicious form of child abuse, and to empower alienated parents with information and support so they can fight to reunite with their children.
Through her company, Sprkkle Media, she recently produced REBORN and FREED. These two films about domestic violence have received many awards and screened at over 30 film festivals around the world.  As a result she became an important advocate in the legislative reform on domestic violence.
Petra Deeter is working on a feature-length documentary examining a 5-year custody battle and the system failure that led to the murder of a 10-year-old boy by his father.
Sources:  Linked in,  IMDB, Victim to Hero
​CONTACT INFO:  ​sprrklemedia@gmail.com
IMDB:  2 pages
PROJECTS Include:
link to:  MAY 7 2021 INTERVIEW OF SENATOR JOSE MENENDEZ ABOUT TEXAS SENATE BILL SB2011 ON CHILD CUSTODY INTERFERENCE -- PETRA DEETER
Director Reel (Comedy)
Director Reel (Drama)